Actual: We rallied into the 12/12 right into the FED announcement High and saw a sharp decline into 12/14 NDX Apex and into 12/16 weekend Solar CIT Low at the close.


What is next? We should see some volatile moves in the next few weeks and months.

The last time we had an important Mayan Date was the Harmonic Convergence of 8/16/1987, 1 week before the major 8/25/87 High and 2 months before the markets crashed.

We should see a Major High, but not until my next long term CIT is due.
We should see a sharp decline afterwards.
Posted by Raj Time and Cycles at 8:04 AM No comments: Links to this post


"They say that the world will end in December 2012. The Mayan elders are angry with this. The world will not end. It will be transformed."


"At sunrise on December 21, 2012 for the first time in 26,000 years the Sun rises to conjunct the intersection of the Milky Way and the plane of the ecliptic. We are at the cusp of the era when peace begins, and people live in harmony with Mother Earth."

"We are living in the most important era of the Mayan calendars and prophecies. All the prophecies of the world, all the traditions, are converging now. There is no time for games. The spiritual ideal of this era is action. Many powerful souls have reincarnated in this era, with a lot of power. This is true on both sides, the light and the dark. High magic is at work on both sides." 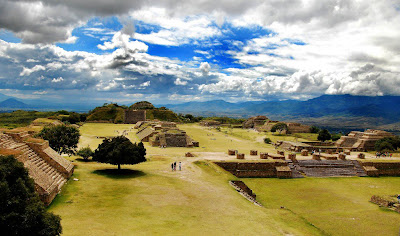 "On 21 December, in one week, eight thousand+ advanced TM meditators (TM Sidha's) from local schools will come together at the holy gathering of the Mayan, Mixtec, Zapotec and other tribes to be held at Monte Alban in southern Mexico.  These people are all members of Solar traditions, all the way to Ecuador and Peru. The awakening of their culture through transcending and the advanced techniques of Transcendental Meditation, connecting with the deep culture in accord with Natural law, is happening in exactly those countries connected with this culture."

Posted by Raj Time and Cycles at 9:08 AM No comments: Links to this post

Actual: The 10.55 pm CIT (pink vertical Line)was a Bullseye Low. We rallied 18 SP's off the Low into the 3.20 CIT High The intraday cycle was followed near perfection.

Below is one of the simple "secret" cycles I continue to use, but remember to use them in confluence with many other Time and Cycle techniques for improved accuracy.  I first mentioned the 6 Lunar Month Cycle a month ago on 11/7/12 on the T&C public blog. http://timeandcycles.blogspot.com/2012/11/cycles-forecast-139-td-cycle-has-us.html

Interestingly, the Cycle remains active in determining the next Change in Trend (CIT).

The 1/2 year/6 Lunar Month (LM) Cycle inverted again to a 11/28 Low and 12/3 High,
Green Lines on the chart are direct, Cyan Lines are inverted, but CIT hits nevertheless.

What is unique here is that the cycle predicts major CITs (Highs or Lows) as it switches between inverted (opposite) and direct Hits.

Posted by Raj Time and Cycles at 8:30 AM No comments: Links to this post